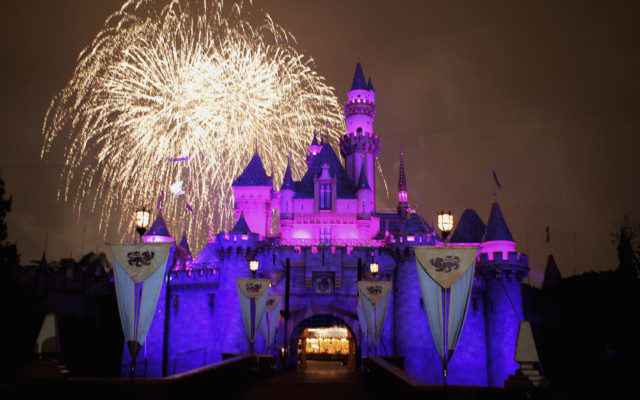 ANAHEIM, CA - MAY 4: Fireworks explode over The Sleeping Beauty Castle as part of the Disney Premiere of "Remember...Dreams Come True" the biggest firework display in Disneylands history during the Disneyland 50th Anniversary Celebration at Disneyland Park on May 4, 2005 in Anaheim, California. (Photo by Frazer Harrison/Getty Images)

There may be a potential fireworks shortage happening, but Disney is ready to go next month.
The company announced that fireworks will be returning to Disney parks in July.
The fireworks shows will start at Walt Disney World on July 1 and at Disneyland on July 4.
The return of the nightly display is happening much sooner than expected, with plans originally set for 2022.
Do you enjoy the fireworks at Disneyland and Disney World? Are you planning on checking out a Disney park soon?